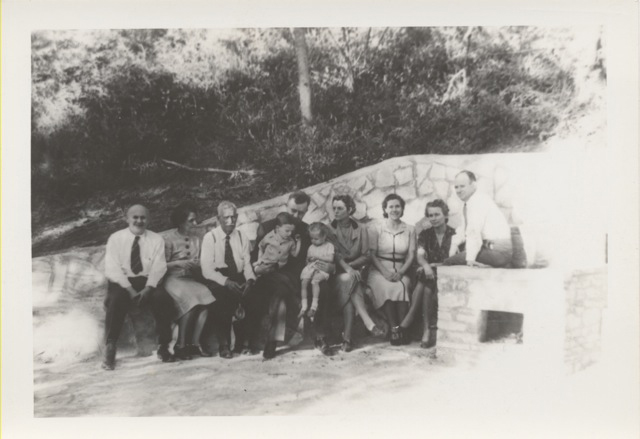 Read the American Journal of Psychology article published in 1932

Mary Elizabeth Brace, 96, passed away February 7, 2002 in Austin, Texas. Mary Elizabeth, nee Bulbrook, was born Feb 10,1905 in Greenville, Texas. She received her undergraduate degree from Rice Institute and obtained her Doctorate of Philosophy in Psychology from Cornell University in 1931. Her thesis,”An Experimental Study into the Existence and Nature of ‘Insight'” was published the following year in the American Journal of Psychology. Mary Elizabeth was a professor at the University of Texas where she met and married Dr.David Kingsley Brace,chairman of the Department of Health and Education, in 1936. They spent their honeymoon at the 1936 Summer Olympics in Berlin, Germany. The Drs. Brace returned to Austin where they built a house on Lamar Boulevard near the University. Mary Elizabeth retierd from the University in order to raise their family. She was active for parks presevation in Austin and was an elction judge at her local polling station for many years. She was a scout leader for her daughter’s Brownie and Girl Scout troops and was active in the Audubon Society. She loved to read, had a deep appreciation for music, and had a wonderfully wry sense of humor. Mary Elizabeth is survived by her daughters, Anna Beeson and husband Richard of Austi, Texas with whom she lived for the last several years of her life, and Mary Eleanor Pitcairn and husband Laren of Pipersville, Pennsylvania, and by her grandchildren, Catherine Beeson and partner Sara Fierer, Ellen Besson, Elizabeth Pitcairn,and David Pitcairn, and by her great grandson, Ari Fierer.Mary Elizabeth was a great influence in the lives of those around her and she will be dearly missed. She willed
her body to the University of Texas Health Science Center in San Antonio. Donations in her memory can be made to the Travis Audubon Society,P.O. Box 40787 , Austin , Texas, 78704-0014